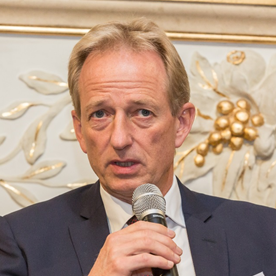 Henrik Ankerstjerne has worked at the Ministry of Integration for nine years, since 2006 as deputy permanent secretary, and previously served with the Ministry of Justice for four years. He began his career practising law for eight years as a private lawyer (business, bankruptcy and labour law) and worked with UNHCR for three years. more

He served with the Danish Migration Service for six years and was posted at the Danish UN representation in Geneva for two years as well as at the EU permanent representation in Brussels for one year. Henrik Ankerstjerne holds a Master of Law from Copenhagen University. 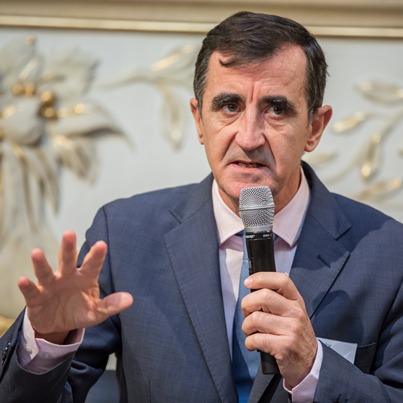 Nicolás Berlanga Martínez currently serves as senior advisor on migration at the Africa Department of the European External Action Service in Brussels. He was previously EU ambassador to Togo, first counsellor with the EU delegation to Cameroon and chargé d'affaires in Vanuatu. more

Since 1990 Nicolás Berlanga has served in various countries in Africa and Latin America. He has a Master of Science in international economy from the University of Wales and has also studied international relations and management. 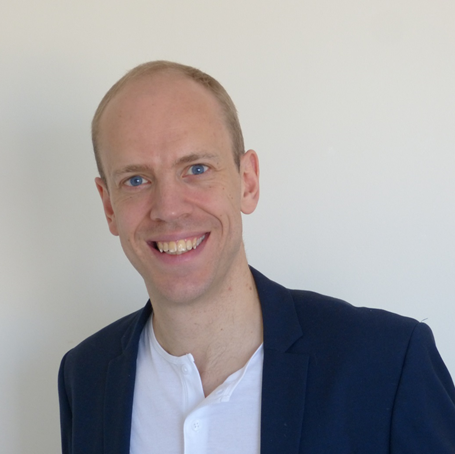 Alexander Betts is professor of forced migration and international affairs and Senior Fellow in Politics at Brasenose College, University of Oxford. He served as director of the Refugee Studies Centre between 2014 and 2017. His research focuses mainly on refugee assistance, with a focus on Africa. more

With Paul Collier, he co-authored Refuge: Transforming a Broken Refugee System (2017). He is a World Economic Forum Young Global Leader, was named by Foreign Policy magazine among the top 100 global thinkers in 2016, and his TED talks have been viewed by over three million people. He previously worked for UNHCR and currently serves as a councillor on the World Refugee Council. 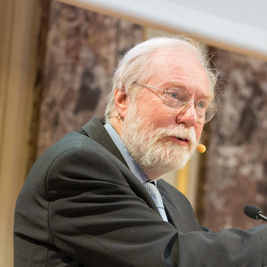 Professor of Economics and Public Policy, Blavatnik School of Government, University of Oxford

Paul Collier received a knighthood in 2014 for services to promote research and policy change in Africa and has been listed as one of the hundred most influential public thinkers in five of the past ten years. more

His research covers topics including: fragile states; restoring growth in African economies; the implications of group psychology for development; migration and refugees; and the crisis in modern capitalism, which is the subject of his forthcoming book, The Future of Capitalism, to be published in October. 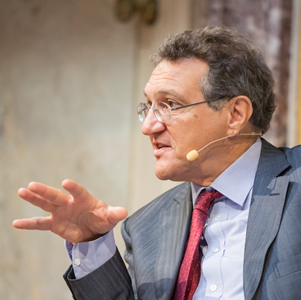 Karim El-Gawhary has been in charge of the Austrian Broadcasting Cooperation’s television and radio station in Cairo since 2004. For more than two decades, he has been Middle East correspondent for various German newspapers, such as Die Presse in Vienna and taz in Berlin. more

Furthermore, he worked for five years as correspondent for Germany’s ARD studio in Cairo. In 2011 he was awarded the Concordia Prize for journalism in recognition of his reports on the revolutions in Tunisia and Egypt, and in 2012 he was elected foreign correspondent of the year by the Austrian editors-in-chief. 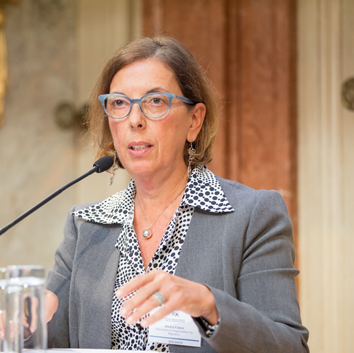 Head of Migration Management, Coordination Office for the Mediterranean, International Organization for Migration

Giulia Falzoi has been serving with the International Organization for Migration (IOM) for over 30 years, during which she has been developing and managing projects and programmes in several areas of activity, such as counter-trafficking and assistance to vulnerable groups, assisted voluntary return and reintegration, cultural orientation and labour migration schemes. more

For over a decade she has been providing technical support to the Italian government on migration management in Italy and the Mediterranean sub-region, in line with the national legislation, and on EU migration policies and legal framework, based on IOM expertise in relevant service areas. 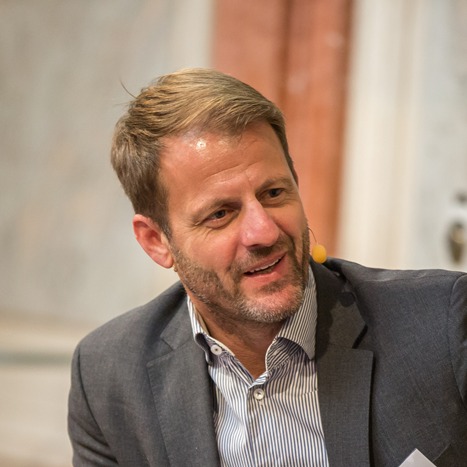 Michael Fleischhacker has worked as a journalist for more than 25 years. In 1991, he started his career at the newspaper Kleine Zeitung and has then worked for Kleine Zeitung, Der Standard, Die Presse (editor-in-chief 2004–2012) and NZZ.at. Since 2014 he has been the host of Talk im Hangar-7 on ServusTV. more 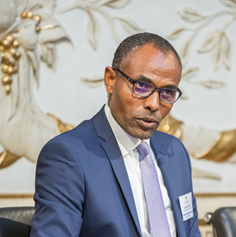 Belachew Gebrewold is professor of international relations and head of the Department and Studies of Social Work, Social Policy and Management at the Management Center Innsbruck (MCI)/University of Innsbruck, Austria. His main research areas are international security, conflicts, migration and global social policy. more

He has taught these subjects at various universities including: the University of Innsbruck, Austria; Helmut Schmidt University, Hamburg, Germany; and MCI. Besides various scientific articles in peer-reviewed journals, his latest publications include monographs and edited volumes such as: Human Trafficking and Exploitation: Lessons from Europe (2017, co-editor). 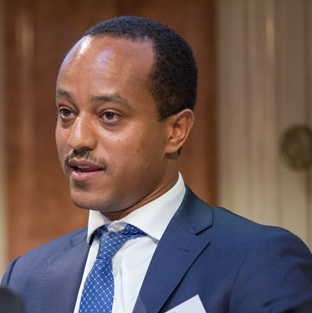 Mulualem Getachew has five years of experience working as a legal expert for the African Union Legal Counsel and the Ethiopian Ministry of Foreign Affairs. His work centers around humanitarian issues relating to migration, with a particular focus on refugees. more

He possesses extensive knowledge on humanitarian law and has represented Ethiopia at a number of international events. Mulualem Getachew holds a postgraduate diploma in international relations from the Ethiopian Civil Service University and a law degree from Hawassa University. 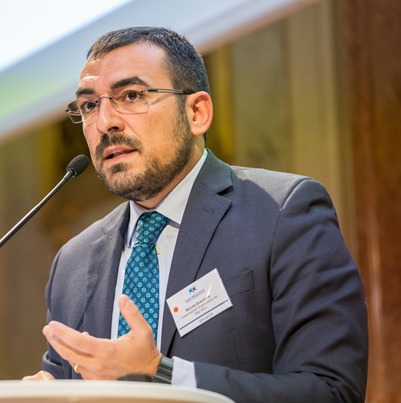 Nicola Graviano has been working with the International Organization for Migration (IOM) since 2004. He has been posted with IOM to different positions in Belgium, Mali, Jordan, Iraq and Canada. Since 2015 he has been based at IOM headquarters in Geneva with responsibility for IOM’s global policy and overall coordination of assisted voluntary return and reintegration activities. more

Nicola Graviano studied political science, has a Master’s in migration studies and intercultural mediation, and has pursued postgraduate studies in international politics. 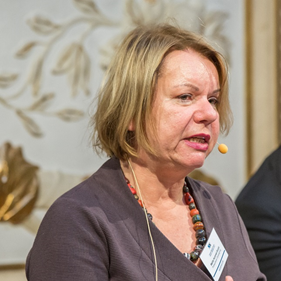 Melita Hummel-Sunjic, a journalist by profession, has worked for the United Nations High Commissioner for Refugees since 1993 in various communication functions. During that time she has worked as a spokesperson in all major crises, including the Balkans, Pakistan, Afghanistan, Iraq, Sudan, Angola, Georgia, South Sudan and the Middle East. more

She teaches strategic communication at the University of Vienna and is head of the Transcultural Campaigning communication agency specialized in information for refugees and migrants. 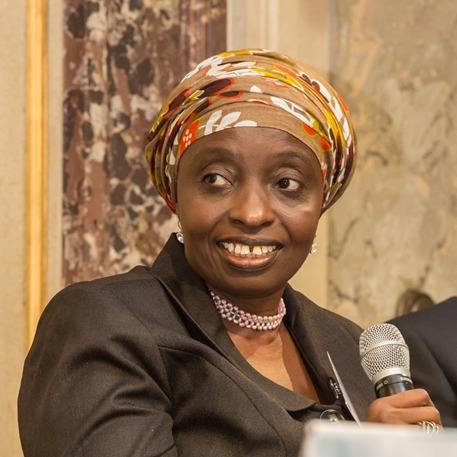 She has also worked as Teaching Assistant at the Department of Comparative Literature, African and African-American Studies and Romance Languages and as Director at the Graduate students Organization at SUNY-Binghamton University, New York and Cornell University. Furthermore, she was Professor, Acting Chairperson and Vice Chairperson of the University Council of the University of The Gambia in partnership with Saint Mary’s University, Halifax Canada. Currently she is the Commissioner Social Affairs and Gender at the ECOWAS Commission. 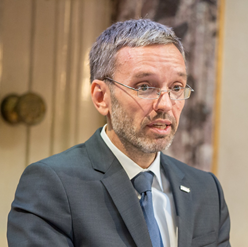 Austrian Federal Minister for the Interior

Born on 19 October 1968 in Villach (Carinthia). Marital status: married; one son. Education: primary school in Radenthein 1975–1979; grammar school in Spittal an der Drau 1979–1987; military service (mountain infantry) 1987–1988; studies in journalism and political science as well as philosophy and history at the University of Vienna (not completed) 1988–1996. more 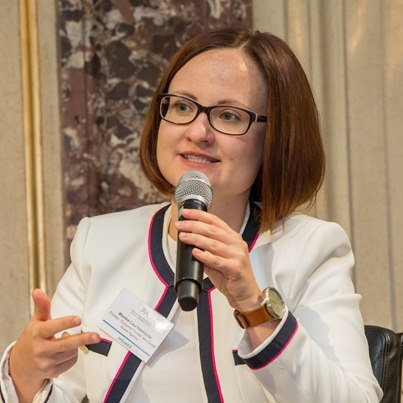 She was responsible for policy analysis and cooperation with EU institutions at the European Union Agency for Fundamental Rights (FRA) in Vienna and was subsequently in charge of the stakeholder relations portfolio at the European Institute for Gender Equality (EIGE) in Vilnius. 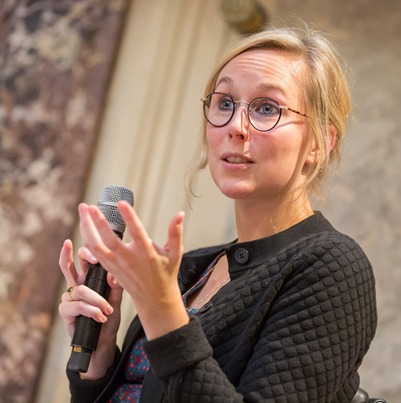 Camille Le Coz is a policy analyst at the Migration Policy Institute Europe, where she investigates the links between development, migration and EU foreign policy. Her research areas include EU policies on asylum, resettlement, legal migration and integration. more

She previously worked for Altai Consulting, a research and consulting organization, in Kenya, where she researched people trafficking and smuggling, protection issues along migratory routes, as well as return and reintegration projects. She has conducted fieldwork in countries across Africa and Afghanistan. 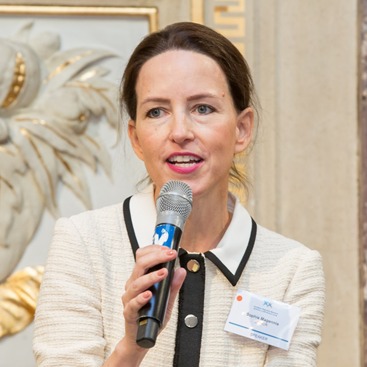 Sophie Magennis is head of policy and legal support at the UNHCR Regional Representation for EU Affairs in Brussels. Prior to joining UNHCR, she was head of Policy and Legislation at the Irish Ombudsman for Children’s Office with the Irish Human Rights Commission. more

She has worked in Strasbourg, as deputy to the Irish ambassador to the Council of Europe and with the Council of Europe Secretary General’s monitoring unit and section for equality between women and men. She is an attorney and counselor under the New York State Bar Association and an alumna of the European Inter-University Centre at Venice, Italy. 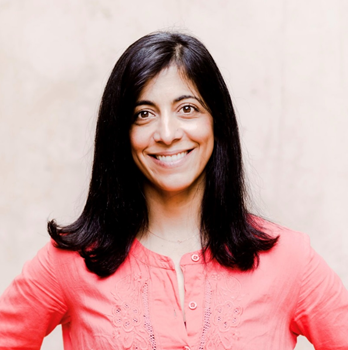 Nassim Majidi is the Co-Founder of Samuel Hall and the Migration Pillar Lead where she leads evidence-based research and policy development on migration and displacement. Covering three continents (Africa, Asia, Europe) over the past ten years, her crosscutting skills have led her to interview refugees, migrants and returnees in the world’s border areas, conflict settings and countries of origin. more

Nassim is an Affiliate Researcher at Sciences Po’s CERI (Centre for International Studies) and Research Associate at the African Centre for Migration and Society at the University of the Witwatersrand, South Africa, specialising in return migration. She has published more than twenty academic and policy articles on migration issues, and she teaches a graduate course on Refugees & Migration as part of Sciences Po Lille’s Conflict and Development Programme. 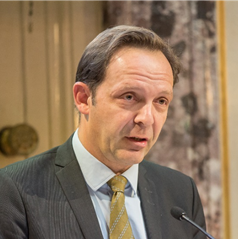 Manfred Profazi is the senior regional advisor for Europe and Central Asia at the International Organization for Migration (IOM). He has conducted research on international labour migration and on migration potentials, history and theories. Before his current assignment, Manfred Profazi was chief of mission at the IOM Mission in Ukraine from 2010 to 2017. more

Prior to that, he had served as IOM Executive in Indonesia, Kabul an Berlin. A German national, he studied political science with an emphasis in migration and international relations and received his Master’s degree from the Free University of Berlin, Germany. 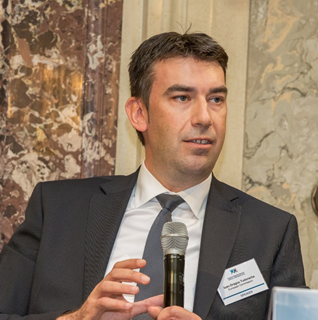 Ioan-Dragos Tudorache is the head of irregular migration and return policy within the European Commission, Directorate-General for Migration and Home Affairs. Since 2009, he has managed various other services within the European Commission related to home affairs, including coordination of international relations and inter-institutional affairs. more

Between November 2015 and January 2017, he served as minister in the Romanian Government, as Head of Chancellery and Minister of Interior. He started his career as a judge in 1997, and worked for five years under OSCE- and UN-led missions in the Balkans. He holds a Master of Science in EU law from Stockholm University.

He has written for the New York Times, the Financial Times, the Wall Street Journal, and the Washington Post. His research covers the causes and consequences of civil war; the effects of aid and the problems of democracy in low-income and natural resources rich societies; urbanization in low-income countries; private investment in African infrastructure and changing organizational cultures.

Recent books include The Bottom Billion(Oxford University Press, 2007) which in 2008 won the Lionel Gelber, Arthur Ross and Corine prizes and in May 2009 was the joint winner of the Estoril Global Issues Distinguished Book prize; Wars, Guns and Votes: Democracy in Dangerous Places(Vintage Books, 2009); and The Plundered Planet: How to reconcile prosperity with nature(Oxford University Press, 2010). 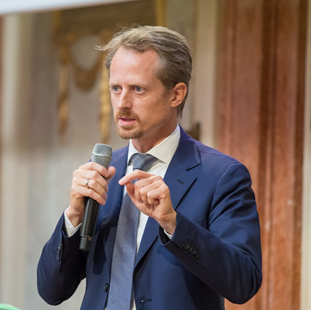 Deputy Director-General for Legal Affairs and Head of the Directorate for Migration, Citizenship Affairs, Asylum and Human Rights, Austrian Ministry of the Interior

Peter Webinger is among others editor of STABLE STATES – rethinking social cohesion and good governance (2017). Peter Webinger gives lectures on migration and asylum at the Strategic Leadership Course of the Austrian government and at different European universities. He studied law in Salzburg, Vienna and Uppsala, Sweden.

By continuing to use this website, you agree to the use of cookies.OkDetails